‘Yes. Yes, we were. We are. Your husband is an important man, Madame Vivant. We’d like to talk about that.’

‘Not an important man, but a rare one, wasn’t he?’

‘Okay, we’re with a research group, an agency outside other agencies. I suppose that would make us agents, wouldn’t it?’

‘The strides in science are leagues long now, where we used to be measured in inches. You’re familiar with the term, dark energy?’

~One of the great unknowns in science, I believe.~

‘Indeed. In the universe, actually. Approximately 70% of it, a repelling-force-gathering, like an entity both of and against itself. And we don’t know what it is.’

‘The instruments of science have gotten to be so … so precise, they’re miracles, actually. Especially their refinements in measurement.’

‘Yes, yes I do, and now we’re able to measure dark energy locally, and very precisely.’

“And once in a while there is a very microscopic, impossibly small spike in local energy.”

‘And we’re just now correlating these spikes in dark energy to the passing of certain people.’

“Or the release of certain people into this energy.”

‘Like filled capsules or solid pellets, small nuggets of self impacting this field, nudging their way in, making room for themselves.’

‘At a level that can be measured now.’

‘Yes, he would have had to love deeply, or even desperately, to cause a spike like that. This is massive with implications, you realize this.’

“Imagine all the stellar civilizations of the last 13 billion years that have migrated or recycled back to this plane of dark energy. No wonder there aren’t signals out there. They aren’t needed.”

‘Somehow, maybe, these races become as whole, entire beings that cross over. Their new energy level no longer requires the technology, as it were.’

‘Yowza! We’re what’s on TV for the universe! This makes Earth the current tourist stop for 13 billion years of viewers. There are no secrets. Our secrets are useless! It’s priceless!’

‘Hey, if we can’t laugh at this, who’s going to? But he’s right. It’s all a mind game right now, phantoms, conjectures. We don’t know.’

‘We think your deep attachment in life continues to mean something. There are a hundred theories about how the individual is absorbed into this energy, and we think your husband is waiting for you to join him.’

‘Yes, may be waiting for you. We would like to establish a connection somehow based on the strength of that bond.’

‘We’re trying to understand our universe, Mrs Vivant. We’re only human. We can’t help it.’

‘Yes. Eye-catching, so you don’t forget about us.’

‘Eye’m Watching!, is scribbled in one corner, Eye luv U in another, in pink. There are others. It’s become a joke.’

‘No ma’am. They worked with aliens. We do phenomena and after-life.’

‘Oh, I just wanted to say, I like your idea of the door better than the eye.’ 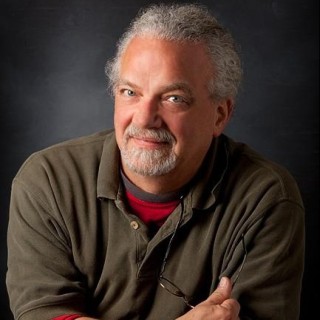